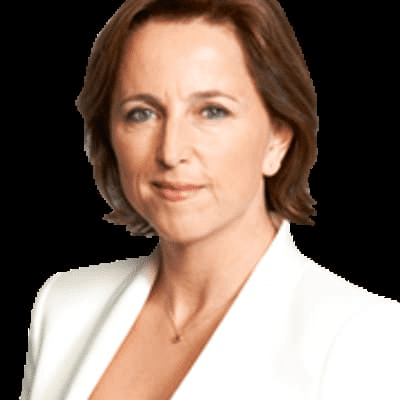 Jackie Long is a media personality serving as Channel 4 News Social affairs editor and presenter. She joined the programme in 2011, following more than two decades at the BBC.

Long is British by nationality.

She studied English at the university before enrolling in a journalism course.

Jackie is married to Matthew Amroliwala, a fellow journalist. He is the main presenter for BBC World News’s flagship news and discussion programme Global with Matthew Amroliwala. He joined the international news channel in September 2014.

Matthew was born Mehrwan F. Amroliwala in Leeds, West Riding of Yorkshire. His father was a Royal Air Force officer. His roots are also in India, and he is a Parsi Zoroastrian. As his family name denotes, his ancestral hometown is Amroli in the Surat District of the state of Gujarat in western India.

The couple tied the knot in June 1999 at a private function. Together with their five children, three daughters, and two sons, they live in London. Four of their children are; Milo Amroliwala, Louis Amroliwala, Mary Amroliwala, and Mabel Amroliwala.

Long is Channel 4 News Social affairs editor and presenter. She joined the programme in 2011, following more than two decades at the BBC.

As social affairs editor, Jackie reports on stories that look at the politics of everyday British life. A number of these stories have included child sexual exploitation, county lines, criminal exploitation, and more recently, universal credit. The job sees more harrowing and difficult stories being covered, and although at times a balance of light and shade is needed, social affairs lend themselves to more “misery”. Subsequently, these are some of the most important stories to tell and for journalists, it normally entails being able to cry and getting up the next day to start all over again.

Having worked at Channel 4 since 2011, Jackie has covered and reported on a number of stories, including free school meals, poverty, and maternity care during the pandemic.

Most recently she was a Correspondent at Newsnight, and she previously worked on The World at One, PM, and Five Live. Throughout her career, Jackie has had a range of experiences in print and broadcast journalism.