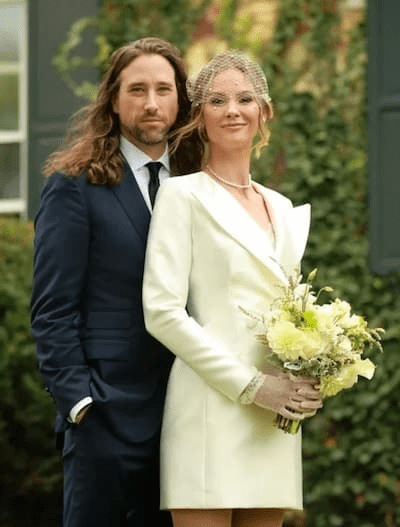 Cuffe Biden Owens is a law attorney and the eldest son of Valerie Biden Owens. He is also the nephew of the 46th U.S President Joe Biden.

Owens is American by nationality. He also belongs to a White ethnicity.

He attended Georgetown University for undergrad and the University of Southern California for law school.

Cuffe is the son of Valerie Biden Owens and John T. Owens. His mother, Valeria is an American political strategist, campaign manager and former educator. She is also the younger sister of Joe Biden, the current president of the United States.

In June 2021, Valeria signed on to publish her autobiography, Growing Up Biden, which will be released by Celadon Books in April 2022.

She graduated from Ursuline Academy in Wilmington, Delaware in 1963, and went on to study at the University of Delaware, where she was on the dean’s list and was homecoming queen, graduating in 1967.

Cuffe’s father, John is an attorney. He is also a former classmate of President Joe’s and owns a Delaware-based telemedicine company. The company markets itself as a solution amid pandemic restrictions, with medical second-opinion operations in Europe and Asia.

Valeria was previously married to Bruce Saunders. The ex-couple tied the knot shortly after she graduated college. Bruce and Valerie moved in with Joe Biden and his two sons, Hunter and Beau, following the death of her sister-in-law Neilia in a car crash in December 1972. She helped look after her nephews so that Joe could begin his first term as senator in 1973. Valerie and Bruce had also both worked on Joe Biden’s first Senate campaign in 1972.

Valeria is currently married to John T. Owens, with whom she has three children: son Cuffe Owens, and two daughters, Missy Owens and Casey Owens Castello. The two were wed in a Roman Catholic ceremony at the Church Center for the United Nations in 1975.

Cuffe married Meghan King, Real Housewives of Orange County star on October 11, 2021. They wedded at his childhood home in Kennett Square, Pa., in front of the president and first lady Jill Biden. However, two months later the couple split.

“I’ve been asked by many outlets and individuals to comment on the state of my marriage,” Meghan wrote in a statement on her Instagram Story on December 27, 2021. “I am rattled. This situation is profoundly devastating.”

“This is obviously not what I imagined when I made my vows — and I’m shocked and saddened by the way things turned out.”

She concluded by requesting privacy, writing, “At this time I ask for your grace and gentle kindness as I navigate this labyrinth of grief with my family.”

Cuffe and Meghan met through a dating app. “We connected on a dating app, texted for a day or two, then spent five straight hours on the phone the first time we spoke,” Meghan told Brides.com.

Meghan was previously married to Jim Edmonds, former MLB player and they have three children, 5-year-old son Aspen and 3-year-old twins Hart and Hayes. They married in 2014 and separated in 2019 after Jim was allegedly unfaithful. They also finalized their divorce in May.

Amid her divorce, Meghan briefly dated entrepreneur Christian Schauf and real estate broker Will Roos before getting together with Cuffe.