08 best thriller movies you should watch immediately on Netflix

A good suspense thriller film will have all your attention glued to the TV the entire time. Other categories like comedy will make you laugh out loud, horror will make you scream hard, and drama can make your tears roll out. Thrillers can make your mind deeply engaged, forcing you to keep thinking about the movie even after watching it.

Fortunately, all these genres are easy than ever to watch, thanks to streaming sites. Netflix, being the king of streaming, has a large library of content and the chances of finding literally any type of movie are fairly high. With so many options, it is never easy to make a decision on which movie to watch. Therefore, we have compiled a list of some of the best movies you should watch on Netflix immediately without wasting a lot of time.

Before moving any further, let us put some light on the importance of a stable internet connection required for a seamless streaming experience. We suggest looking for an internet connection that provides adequate speed for streaming. In case, you are searching for such a reliable connection, check Charter Spectrum that offers amazing plans at affordable rates.

Let’s get to the list without any further delay:

In Level 16, young people attend The Vestalis Academy, where they are instructed in the purportedly feminine values of respect, cleanliness, patience, and humility. As they get closer to finishing their studies, the girls begin to worry that something more evil is waiting for them after they graduate. The narrative explores radical philosophy, which is forcefully ingrained into their heads every day. Extremely stressful, with a dash of sci-fi and dread thrown in for good measure—all the makings of a dystopian thriller. This smart, slick independent fantasy thriller will appeal to fans of shows like The Handmaid’s Tale.

Now available on Netflix is one of actor Leonardo DiCaprio’s most cherished thriller movies. The novel by Dennis Lehane was adapted by Martin Scorsese into this surreal movie in 2010. Teddy Daniels, played by DiCaprio, is a U.S. Marshal who visits patients on the island who need specialized mental health care. Teddy and his friend Chuck (Mark Ruffalo) start to suspect that there may be a darker, more sinister truth behind the island as they look for the missing patient. The director uses stormy imagery to build tension throughout the entire film.

Adam Sandler and thrillers don’t go together at all, yet Sandler set aside his comedic talents to play Howard Ratner, a jeweler in New York City, in the 2019 movie “Uncut Gems.” Howard embarks on a quest to locate a rare black opal in order to pay off his mounting debts and support his gambling addiction. The journey displays Sandler’s unexpected, more somber side while being exciting and entertaining.

In this Netflix Original, Madeline Brewer portrays Alice, a webcam model who is desperate to establish a lucrative profession. Alice starts to worry about her safety when a Doppelganger shows up on her webcam and starts streaming when she isn’t there. Cam is the perfect movie for you if you want something more of a horror film; it is highly dramatic.

Director Gareth Evans’ horror-thriller shifts his focus from jaw-dropping action to heart-pounding tension. Dan Stevens plays a man who confronts an unknown cult in the country that has been holding his sister captive and learns stunning truths about what’s really going on beneath the phony utopian facade. As the suspense builds, the movie devolves into utter carnage.

Nocturnal Animals is a satirical thriller with a stellar cast, a suspenseful story, and gorgeous aesthetics. The narrative centers on gallery owner Susan (Amy Adams) as she reads a book that her husband wrote (Jake Gyllenhaal). As she reads the book, the plot gradually begins to play out on the screen, forcing you to connect the dots between Susan’s real-life experiences and the fictional story.

After her husband passes away from a heart attack while having an affair, the widow is left shackled to her bed in a remote cottage. The story was naturally rejected as unfilmable. But the stunning and frightful 2017 film version of Stephen King’s book by Mike Flanagan disproved the naysayers with a moving and horrifying tale. Be careful if you’re scared of ghosts! Gerald’s Game is both a stunning movie about the battle to recover from trauma and a horror movie about survival.

The writer-director Nicholas Pesce’s movie Piercing, which is based on the book by Ryu Murakami, pays respect to him. Reed (Christopher Abbott) is a murderous family man who uses an avenue to express his rage. He chooses to murder rather than engage in intimate contact with ambitious sex workers. Jackie is just as shrewd, ruthless, and nasty as Reed, which is something he didn’t expect. When they cross paths, Reed’s murderous plan falls apart right in front of his eyes, and a suspenseful game of cat and mouse follows.

There are many suspenseful thrillers on Netflix, but you no longer have to waste time looking for good movies. Simply choose a movie from the list above to begin your adrenaline-fueled marathon. 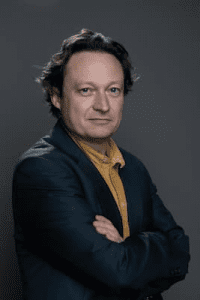 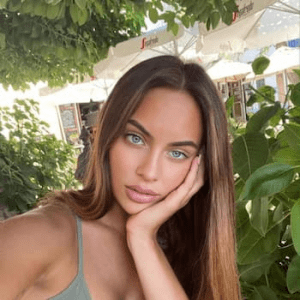